=== Client Release 3.0.13 - 01 Oct 2013
+ Added support for channel delay feature in server 3.0.10. This allows to set
a delay in seconds after which temporary channels will be deleted after the
last client has left. To configure a virtualserver default, set the delay in
the virtualserver edit dialog. Or configure per channel in the channel edit
dialog. Channel templates were adjusted to show the delete delay and a count-
down until the channel is removed.
+ Added search field in customize toolbar dialog.
+ Added display of filetransfer progress in taskbar (Windows 7 and above).
* Removed deprecated Direct Input hotkey system, meanwhile replaced by the
"Default" hotkey system.
- Fixed assigning hotkey when key was mapped or deactivated via "ScanCode Map".
- Fixed avatar animation when an animated gif will be set after a jpg.
- Fix for Overwolf integration, avoid getting back to desktop when TeamSpeak
is started by Overwolf in-game and immediately a dialog opens.

=== Client Release 3.0.12 - 09 Sep 2013
+ Integrated Overwolf Overlay.
Windows: Overwolf can now be installed and started from the TeamSpeak client
via menu and toolbar actions. Bundled Overwolf mini installer in TeamSpeak
autoupdate and installer, which downloads the actual Overwolf installer.
All platforms: Added Overwolf icon in TeamSpeak tree to indicate clients
running Overwolf (can be disabled in Options/Design). These icons require
TeamSpeak Server 3.0.9 or later.
+ Included TeamSpeak control plugin. This is part of a project offering the
possibility to control TeamSpeak from another application running on the same
computer, similar to the clientquery plugin. Currently Windows only. More
detailed information will be available in the near future.
* Removed the overlay plugin from TeamSpeak installer and autoupdate, so future
updates to the overlay plugin no longer depend on a TeamSpeak release. The
overlay plugin is available and maintained on the authors webpage:
http://ts3overlay.r-dev.de/
* Direct Input Hotkey is now automatically changed to "Default" in preparation
to removing Direct Input in a later release. While you can manually switch it
back to Direct Input again, we don't recommend to do so.
- Fixed possible crash in direct input hotkey system.
- Fixed infinite file access caused by animated images.
- Fixed possible crash in client/server log highlight dialog.
- Fixed issue running 32 bit Linux client on systems without SSE2 CPU support.

=== Client Release 3.0.11 - 31 Jul 2013
! Changed the platform string for the Mac OsX platform from "Mac" to "OS X"
+ Added (Windows only) hotkey support for multiple USB devices. If we cannot
get the USB device name from the system, we will try to read it from a local
file. Please notice usb.ids in root folder. You can always overwrite it with
the latest version from http://www.linux-usb.org/usb.ids.
+ The chat- and poke messages are now styleable too. Please notice the
default_chat.qss in styles/ folder for example. The default_chat.qss is also
the fallback if <stylename>_chat.qss does not exist.
+ Added "Classic" theme for users who want the old chat color scheme back.
+ Protection against DOS attacks was added to server 3.0.8. Added required
counterpart of this functionality to the client. Server 3.0.8 requires
client 3.0.11 to connect.
+ Added C++ runtime libraries to Linux deployment
* Reworked URLs storage hopefully fixing crash on loading corrupt data file.
Stored URLs from previous versions will expire.
* Autoexpire URLs after 180 days.
* Plugin API: printMessage and printMessageToCurrentTab are now executed in
the GUI thread, fixing a crash in the Arma plugin.
* Added "Channel" to Receive/Sent Poke notification. New default for both
is server + channel + client.
* Added confirmation when deleting an Identity via the remove button.
* Automatically close "ban client" and "serverquery login" dialogs when
disconnecting.
* Added limit of 40 characters in phonetic nickname field in channel dialog.
* Added character limit to name field in server/channel copy dialog.
* Added copying Server IP to clipboard from server connectioninfo dialog.
* Added a dialog to make sure the user will be informed about old USB device
hotkeys. They have to be newly assigned once.
* Changed default chat notification settings for outgoing pokes.
* Changed default settings for neutral contacts, no custom name anymore.
* Added rootIsDecorated to remove collapse indicator on root item to stylesheet
* Added to client template: CLIENT_VERSION_SHORT, CLIENT_CONNECTED_SINCE
* Added to channel template: CHANNEL_VOICE_DATA_ENCRYPTED_FLAG
* Added to server template: SERVER_VERSION_SHORT
* Added that info frame loads the <style>_chat.qss
- Fixed issue with outgoing poke display when user has special characters in
in his nickname and the poke contains an URL.
- Removed Collected URLs item from the tray menu.
- Fixed some custom nickname displays which were not shown correctly (chat,
poke and whisper history).
- Fixed UTF-8 display of country tooltips (e.g. Cura�ao), added bl.png for
Saint Barth�lemy.
- Fixed "Make current channel default" in bookmarks dialog which didn't work
properly after adding this bookmark while already being connected.
- Fixed wrong connection count for new bookmarks (was 1 after creation even
if we didn't connect yet).
- Fixed vanishing port number from bookmark address field.
- Fixed issue with chat pen displaying chat partner is typing when he was
just interacting with the tab.
- Fixed webserver list freezing when webserver is not reachable.
- Fixed wrong "Apply/Discard" dialog when changing option pages.
- Plugin API: Callbacks are now called properly on requestFileList
- Fixed issues with highlight and filter in server log dialog.
- Fixed offline message subject which will no longer send newlines.
- Fixed that http:// is now the default scheme when missing in poke- or
hostmessage dialog.
- Fixed stylesheet helper hotkey which now shows the correct object names.
- Fixed the translation of some hotkey descriptions.
- Fixed server messages which had an additional whitespace at the beginning.
- Fixed quoting of channel- and user links.
- Fixed pasting a newline character which now is prevented at several places.
- Fixed discarding mouse buttons at hotkey system "Keyboard & Mouse Only". If
you don't need discarding, "Default" is the better choice and also more
flexible.
- Fixed unusable sound devices in osx
- Fixed default Downloads folder on Linux, no longer download to home dir. 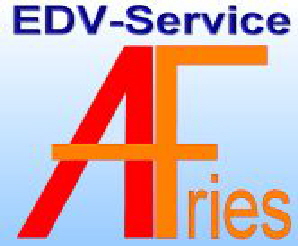